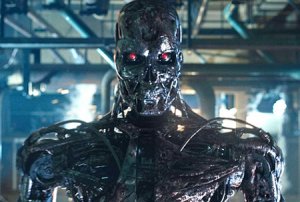 Super-intelligent computers or robots have threatened humanity’s existence more than once in science fiction. Such doomsday scenarios could be prevented if humans can create a virtual prison to contain artificial intelligence before it grows dangerously self-aware.

Keeping the artificial intelligence genie trapped in the proverbial bottle could turn an apocalyptic threat into a powerful oracle that solves humanity’s problems, said Roman Yampolskiy, a computer scientist at the University of Louisville in Kentucky. But successful containment requires careful planning so that a clever breed of artificial intelligence cannot simply threaten, bribe, seduce or hack its way to freedom.

“It can discover new attack pathways, launch sophisticated social-engineering attacks and re-use existing hardware components in unforeseen ways,” Yampolskiy said. “Such software is not limited to infecting computers and networks — it can also attack human psyches, bribe, blackmail and brainwash those who come in contact with it.”

Despite all the safeguards, many researchers think it’s impossible to keep a clever AI locked up forever. But if the AI reaches the point where it rises beyond human scientific understanding to deploy powers such as precognition (knowledge of the future), telepathy or psychokinesis, all bets are off.

“If such software manages to self-improve to levels significantly beyond human-level intelligence, the type of damage it can do is truly beyond our ability to predict or fully comprehend