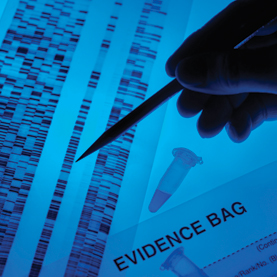 In a major victory for law enforcement agencies(Read:Collection agents for the unofficial DNA database), the Supreme Court on Monday ruled that police can take a DNA sample from someone who has been arrested and charged but not convicted of a crime.

By a 5-4 vote the court reversed a decision last April by Maryland’s highest court that overturned the 2010 conviction and life sentence of Alonzo Jay King for a rape committed seven years earlier.

The court, in an opinion written by Justice Anthony Kennedy, handed a victory to the state of Maryland by saying taking of DNA samples was similar to taking fingerprints. DNA samples can be taken if police have probable cause to detain a suspect facing charges relating to a serious offense, Kennedy said.

Like fingerprints, DNA is used for identification, and is not by itself evidence of a crime, Kennedy said. There is a legitimate government interest in knowing the identity of the person arrested, he added.

One Step closer to a DNA Database

*In dissent, Justice Antonin Scalia explained that taking DNA samples of individuals arrested to set up a genetic database under the guise of solving cold cases in the distant future is an affront to the 4th Amendment.

Scalia said: “Make no mistake about it: because of today’s decision, your DNA can be taken and entered into a national database if you are ever arrested, rightly or wrongly, and for whatever reason.”