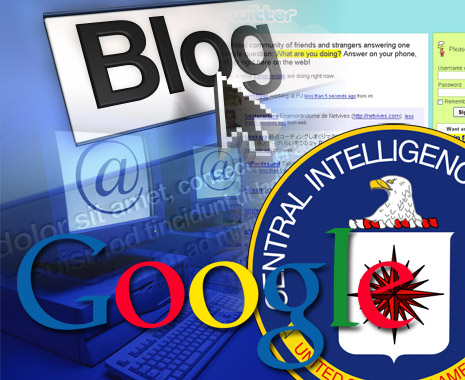 The investment arms of the CIA and Google are both backing a company that monitors the web in real time — and says it uses that information to predict the future.

The company is called Recorded Future, and it scours tens of thousands of websites, blogs and Twitter accounts to find the relationships between people, organizations, actions and incidents — both present and still-to-come. In a white paper, the company says its temporal analytics engine “goes beyond search” by “looking at the ‘invisible links’ between documents that talk about the same, or related, entities and events.”

The idea is to figure out for each incident who was involved, where it happened and when it might go down. Recorded Future then plots that chatter, showing online “momentum” for any given event.
(the best parts of Pre-Crime and Predictive programming all rolled into one)

It’s not the very first time Google has done business with America’s spy agencies. Long before it reportedly enlisted the help of the National Security Agency to secure its networks, Google sold equipment to the secret signals-intelligence group. In-Q-Tel backed the mapping firm Keyhole, which was bought by Google in 2004 — and then became the backbone for Google Earth.