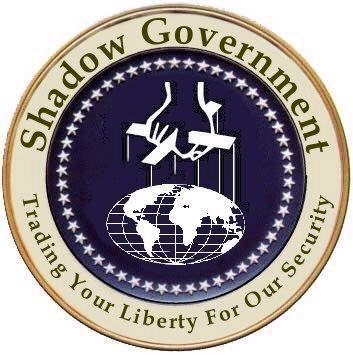 Past presidents of the United States and other high profile political leaders have repeatedly issued warnings over the last 214 years that the U.S. government is under the control of an “invisible government owing no allegiance and acknowledging no responsibility to the people.”

According to six of our former presidents, one vice-president, and a myriad of other high profile political leaders, an invisible government that is “incredibly evil in intent” has been in control of the U.S. government “ever since the days of Andrew Jackson” (since at least 1836). They “virtually run the United States government for their own selfish purposes. They practically control both parties… It operates under cover of a self-created screen [and] seizes our executive officers, legislative bodies, schools, courts, newspapers and every agency created for the public protection.”

These warnings have been spoken even since our first president – George Washington. The last president to speak out was JFK, who was assassinated.

“It was not my intention to doubt that, the Doctrines of the Illuminati, and principles of Jacobinism had not spread in the United States. On the contrary, no one is more truly satisfied of this fact than I am. That Individuals of them may… actually desire a seperation [sic] of the People from their Government in view, is too evident to be questioned.” – George Washington

“I sincerely believe, that banking establishments are more dangerous than standing armies.”-Thomas Jefferson 1816

Some of the biggest men in the United States, in the field of commerce and manufacture, are afraid of something. They know that there is a power somewhere so organized, so subtle, so watchful, so interlocked, so complete, so pervasive, that they had better not speak above their breath when they speak in condemnation of it.” – Woodrow Wilson, 1913

The very word “secrecy” is repugnant in a free and open society; and we are as a people inherently and historically opposed to secret societies, to secret oaths and to secret proceedings… Our way of life is under attack. Those who make themselves our enemy are advancing around the globe… no war ever posed a greater threat to our security.For we are opposed around the world by a monolithic and ruthless conspiracy that relies primarily on covert means for expanding its sphere of influence– John F Kennedy 1961

“There exists a shadowy government with its own Air Force, its own Navy, its own fundraising mechanism, and the ability to pursue its own ideas of national interest, free from all checks and balances, and free from the law itself.” – Daniel K. Inouye,1986

Via Waking Times by Ross Pittman Editor of ConsciousLife News