A recent column published by an MIT analyst outlines how Google wants to store your genome, and millions of others, on the cloud. The column claims that allowing the government and companies like Google, Microsoft, Amazon and IBM to hold onto your genome will help facilitate medical discoveries and improve diagnostics as well.

According to the report, Google started working on the Google Genomics program 18 months ago and is already making progress.For around $25, the search engine giant will store your genome in it’s cloud service that also powers Search, Maps, YouTube, Gmail and Drive.

It was also reported that The National Cancer Institute promised to pay $19 million to put copies of a massive genome database onto the cloud. The database will contain a 2.6 petabyte collection called the “Cancer Genome Atlas”, which includes data from several thousand cancer patients. These genome codes will be stored at both Google and Amazon data centers.

Google says that this idea could change the world and can possibly cure cancer, but this leap in technology is now creating a debate over genome privacy, with many people concerned about the contents of their DNA being on a Google cloud.

Is this one step further in Corporations and Government Patenting the Human Genome? thus creating the ultimate form of Population control. 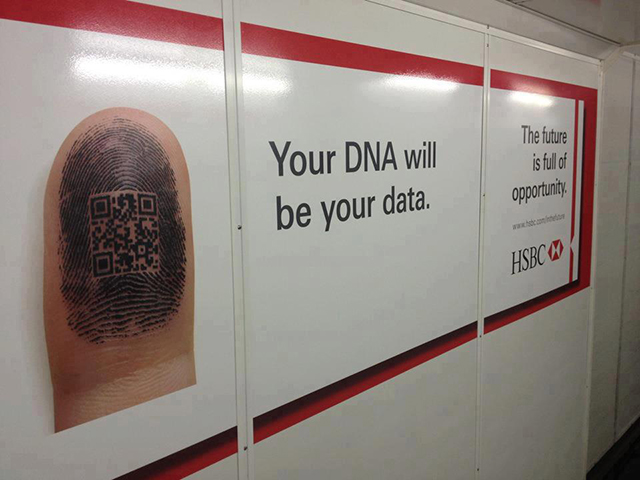 (DNA as the Number of the Beast?)