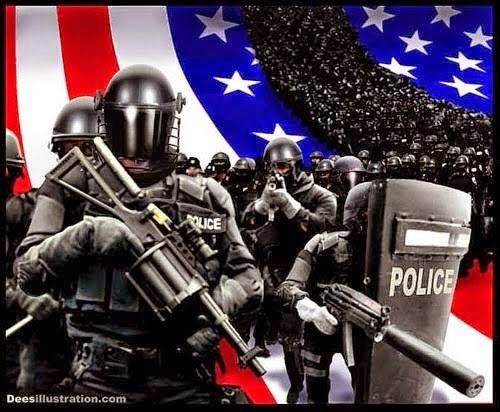 It’s one thing to know and exercise your rights when a police officer pulls you over, but what rights do you have when a private cop—entrusted with all of the powers of a government cop but not held to the same legal standards—pulls you over and subjects you to a stop-and-frisk or, worse, causes you to “disappear” into a Gitmo-esque detention center not unlike the one employed by Chicago police at Homan Square?

For that matter, how do you even begin to know who you’re dealing with, given that these private cops often wear police uniforms, carry police-grade weapons, and perform many of the same duties as public cops, including carrying out SWAT team raids, issuing tickets and firing their weapons.

This is the growing dilemma we now face as private police officers outnumber public officers (more than two to one), and the corporate elite transforms the face of policing in America into a privatized affair that operates beyond the reach of the Fourth Amendment.Owing to the general complacency of the courts and legislatures, the Fourth Amendment has already been so watered down, battered and bruised as to provide little practical protection against police abuses.

However, whatever scant protection the weakened Fourth Amendment provides us dissipates in the face of privatized police, who are paid by corporations working in partnership with the government. Talk about a diabolical end run around the Constitution.

if militarized police have become the government’s standing army, privatized police are its private army—guns for hire, if you will. This phenomenon can be seen from California to New York, and in almost every state in between. According to the Bureau of Labor Statistics, the private security industry is undergoing a boom right now, with most of the growth coming about due to private police doing the jobs once held by public police.

So what happens when the government hires out its dirty deeds to contractors who aren’t quite so discriminating about abiding by constitutional safeguards, especially as they relate to searches and heavy-handed tactics? If you think police abuses are worrisome, security expert Bruce Schneier warns that “abuses of power, brutality, and illegal behavior are much more common among private security guards than real police.”

What we’re finding ourselves faced with is a government of mercenaries, bought and paid for with our tax dollars, all the while claiming to be beyond the reach of the Constitution’s dictates.When all is said and done, privatization in the American police state amounts to little more than the corporate elite providing cover for government wrong-doing.

Either way, the American citizen loses.