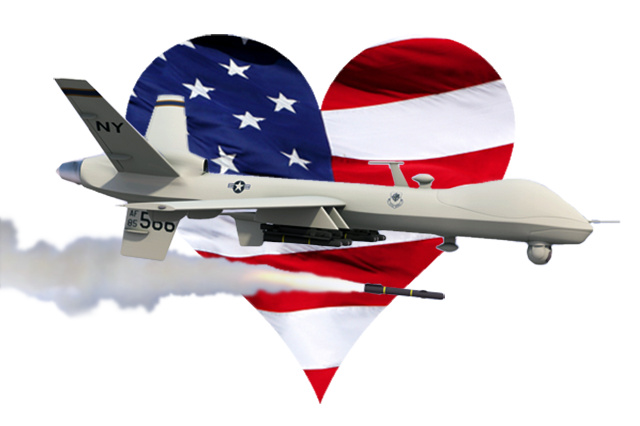 The Pentagon announced plans this week to dramatically ramp up global drone operations over the next four years.
Daily drone flights will increase by 50% during this time, and will include lethal air strikes and surveillance missions to deal with the increase in global hot spots and crises, according to an unnamed (and unverified) senior defense official, as reported by The Wall Street Journal.

Capacity for lethal airstrikes — despite the U.S.’ existent infamous reputation in its massive current program — will increase still further through a joint effort by the Air Force, Army, and Special Operations Command. Ironically, this news comes on the heels of a report that — because of what amounts to sibling rivalry — around $500 million has been wasted in attempts to bring the Air Force and Army into a combined drone purchasing program of the same Predator drones whose flights are now to be increased.

According to the unnamed official, intelligence surveillance and collection will be broadened in Iraq, Syria, Ukraine, North Africa, and the South China Sea, among other locations.
Overall, daily drone flights have exponentially increased over the past decade — from about five in 2004 to 61 today, and a goal of around 90 by 2019. That would amount to 32,850 a year if the goal is met. The latest expansion is the largest since 2011.

Part of the reason for expansion is the current use of military drone flights on behalf of the CIA — as many as 22 of the 61 daily flights are committed to CIA surveillance missions. Using military personnel, the agency essentially directs the missions and benefits from the surveillance, and though the military can use the agency’s information, it isn’t in command of those flights and thus loses that capacity while they are deployed that way.

Nearly 5,500 people have been killed in U.S. drone strikes in Pakistan, Yemen, Somalia, and Afghanistan, alone — of which nearly 1,100 were civilian casualties, including over 200 children, according to the Bureau for Investigative Journalism. Now, there is no way to avoid an increase in the number of civilians who pay with their lives for being in the wrong place when the U.S. feels the need to carry out more strikes.