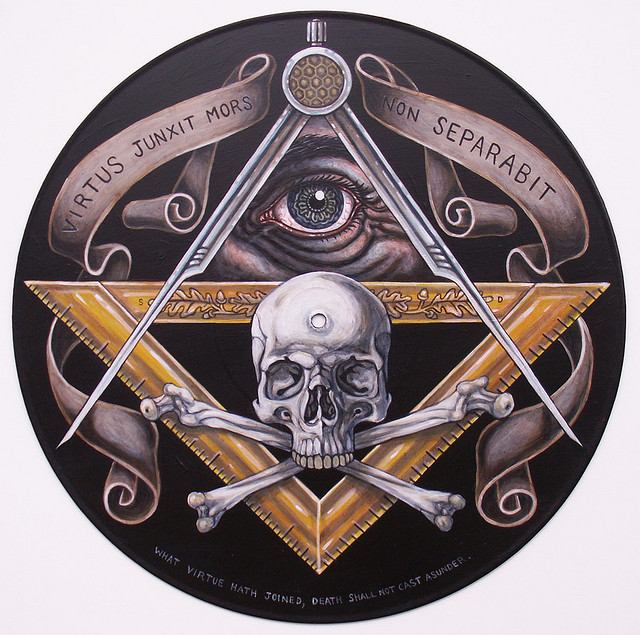 The Kidnapping of Captain William Morgan

In 1826 A Masonic whistleblower disappeared after announcing his intention to publish the secrets of Freemasonry. William Morgan routinely visited New York state Masonic Lodges in the cities of Batavia, Le Roy and Rochester, but his Masonic standing gradually came into question and he was removed (“blackballed” in Masonspeak) from the membership. Rebuked, Morgan threatened to expose the Freemason’s inner secrets in his upcoming book. Four freemasons tried to prevent the printing of Morgan’s exposé by setting fire to Morgan’s publishers. They were apprehended and 3 were indicted.Morgan was then arrested and sent to debtor’s prison for allegedly owing $2.68. His publisher paid the fine to get him released but he was immediately rearrested on a trumped up charge of stealing a shirt and tie. That night, a man claiming to be Morgan’s friend paid the fine and the two men entered a waiting carriage. Captain William Morgan was never seen again.

Morgan’s pamphlet Freemasonry Exposed and Explained selling for a buck a piece and his Illustration of Masonry soon became best sellers and gave rise to the first American third party, the Anti-Masonic party. 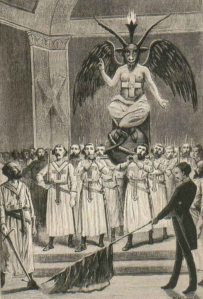 The theory that Freemasons worship Satan gained popularity in the 1890s with the writings of French journalist Gabriel Jogand-Pagès. After the publication of Pope’s Leo XIII’s anti-Masonic Humanum Genus, Jogand-Pagès made a great show of leaving Freemasonry and pretending to return to Roman Catholism. He was able to carve a comfortable anti-Masonic niche for himself. Under the pen names of Léo Taxil or Dr. Bataille, Jogand-Pagès published a series of stories detailing Freemasonry’s involvement with Satanism.He based his articles in parts on the revelations of his entirely fictitious Satanic High Priestess, Diana Vaughan and the Masonic “Palladium” which practiced ritual murders and worshiped the devil Baphomet. Taxil also claimed that Scottish Rite Grand Commander Pike was the “Sovereign Pontiff” of universal Freemasonry.

He transcribed the following address in which he claimed Pike was giving instructions to the 23 Supreme Councils of the World.

“That which we must say to the crowd is, we worship a god, but it is the god one adores without superstition. To you sovereign grand inspector general, we say this and you may repeat it to the brethren of the 32nd, 31st and 30th degrees – the Masonic religion should be by all of us initiates of the high degrees, maintained in the purity of the Luciferian doctrine.
Thus, the doctrine of Satanism is heresy, and the true and pure philosophical religion is the belief in lucifer, the equal of Adonay, but lucifer, god of light and god of good, is struggling for humanity against Adonay, the god of darkness and evil.

Beyond the Taxil Hoax,it is documented by Albert Pike about Lucifer in Morals and Dogma:
“Lucifer, the Son of the Morning! Is it he who bears the Light, and with its splendors intolerable blinds feeble, sensual, or selfish Souls? Doubt it not!” Most Masons believe that Pike was referring to deliberate mistranslations in the King James Bible and how Lucifer originally meant the morning light (a designation presently reserved for Jesus)or the planet Venus.

In April 1897 the now famous Taxil called a press conference and confessed to the fraud. Nevertheless, some are still not convinced. 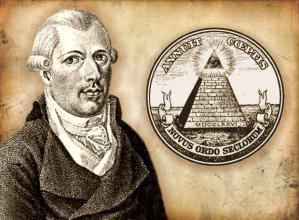 The Bavarian Illuminati was founded by Adam Weishaupt in 1776. The Following year, Weishaupt was initiated as a Freemason at the Die Loge Theodor vom guten Rat in Munich. He soon realized the potential of Masonic Lodges as recruiting grounds for his own secret society and directed members of his Order to begin Illuminating Freemasonic Lodges throughout Germany and later Europe.
After the dissolution the Masonic Rites of Strict Observance at the 1782 Masonic Congress of Wilhelmsbad, Weishaupt and Baron Von Knigge were shrewdly able to snatch up old Strict Observance members and increased membership in the Bavarian Illuminati to around 3000 members. The Illuminati soon had Illuminated Lodges in France, Italy, Sweden, Belgium, Holland, Denmark, Poland, and Hungary.The Illuminati—along with Freemasonry and other secret societies—were outlawed through edict, by the Bavarian ruler, Charles Theodore, with the encouragement of the Roman Catholic Church, in 1784, 1785, 1787 and 1790. The anti-clerical and anti-monarchial doctrines of the Bavarian Illuminati and other revolutionaries influenced the events leading up to the French Revolution.

The Propaganda Due Masonic Lodge 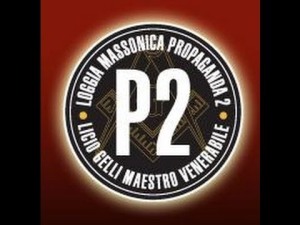 The Italian Masonic Lodge was used as a cover to coordinate everything from terrorist bombings, massive financial frauds and drug trafficking. The covert P2 Masonic Lodge was discovered in a 1981 police raid on Lucio Gelli’s home by Italian authorities in the aftermath of the Vatican-owned Banco Ambrosia scandal in which “God’s banker” Roberto Calvi and P2 brethren was found hanging under London’s Black Friars Bridge.Police discovered a list of over 900 P2 Lodge members which included high-ranking government officials and 43 Members of the Italian Parliament. The list also included the name of future Italian President Silvio Berlusconi and Mafia banker Michele Sindona.

The P2 Masonic Lodge was voted out of the Grand Lodge of Italy in 1974 but Gelli managed to “convince” the Grandmaster to issue his lodge another warrant. By 1981, regular Masonic lodges were eager to distance themselves from the P2 Lodge and it was officially disavowed in a Masonic Tribunal which ruled the 1974 vote valid. The P2 Lodge was also used as a cover for Operation Gladio in which Gelli cooperated with American and British intelligence to promote fascist activities, including the 1980 Bologna railway bombing in order to prevent a communist takeover of Italy.