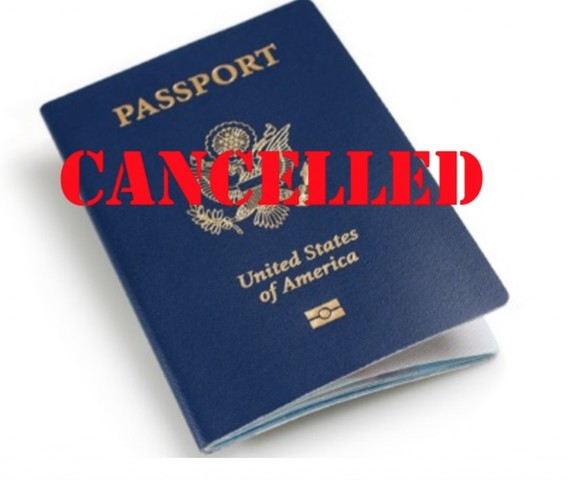 A bill passed by the U.S. House of Representatives would allow the government to restrict Americans’ travel through the revocation of passports based upon mere suspicions of unscrupulous activity. This bill represents another dangerous step forward in the war on terror and the disintegration of American due process.

H.R. 237, the “FTO (Foreign Terrorist Organization) Passport Revocation Act of 2015,” will allow the U.S. Secretary of State the unchecked authority to prohibit individuals from traveling internationally. According to the bill, the Secretary may unilaterally revoke (or refuse to issue) a passport from “any individual whom the Secretary has determined has aided, assisted, abetted, or otherwise helped an organization the Secretary has designated as a foreign terrorist organization pursuant to section 219 of the Immigration and Nationality Act (8 U.S.C. 1189).”

The bill did not bother to define what the terms “aided, assisted, abetted, or otherwise helped” actually mean, in legal terms. The power has been left open-ended so that it can mean whatever the secretary wants it to mean. Needless to say, a bill like this would be easily abused.The travel restriction requires no presumption of innocence for the targeted individual; no explanation; no public presentation of evidence; no opportunity for a defense; no checks and balances on the power. The bill does not outline any appeals process for the targeted individual.

H.R. 237 passed the House on July 21, 2015, on a voice vote (meaning no accountability for its Congressional supporters). It is being sold as a necessary measure to stop “turned Americans,” as the bill’s sponsor, Rep. Ted Poe (R-TX), calls them.The dangers of a government wantonly revoking the rights of citizens just because a bureaucrat puts them on a list would be severe indeed; fitting of a police state. Recall that these individuals can be targeted without even facing official charges of wrongdoing.

The FTO Passport Revocation Act must pass the U.S. Senate before it reaches the president. Readers are advised to contact their senators to oppose this overreaching executive power.