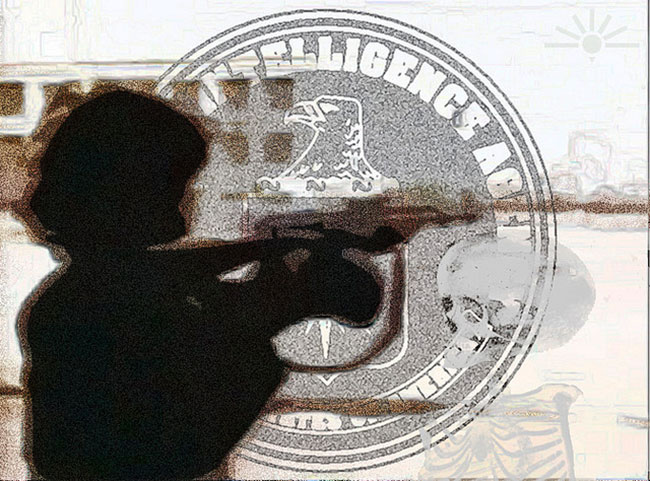 As more and more evidence mounts that the US government was secretly assisting the Islamic State, it might be time to point out a few instances when the Central Intelligence Agency created secret armies. The current theory suggests the US secretly supported the Islamic State so the Islamists would destabilize the government of Syrian President Assad. If that seems out of the question, remember the CIA once started a war over bananas.

1952 Ukraine– During the second World War, the Nazis set up a partisan group in Ukraine to harass and slow the advancing Soviet forces. At the end of World War II, US intelligence began funding and assisting the partisan group. The Soviets wiped the partisans out in 1952.

1954 Guatemala– This little CIA caper is the origin of the term “Banana Republic.” The democratically elected President of Guatemala,Jacobo Árbenz decided to punish the United Fruit Company for decades of consorting with the country’s dictators. He began to propose legislation to end the US multinational’s monopoly on almost everything in the country. So what else could the CIA do? The agency overthrew the legal government and triggered a war… over bananas.

1960 Congo: In the 1960s, Belgium was ending its colonial rule over Congo. Rather than allow self-determination, the CIA staged assassinations, armed rebel forces, brought in European mercenaries, and even backed them up with a secret air force.

1961 Cuba Probably the best known secret army. Castro nationalized the assets of western companies after his government took power, so the US decided to overthrow the government of Cuba and install a puppet regime. As with most of the armies backed by the US intelligence establishment, it failed. Miserably. The Bay of Pigs invasion saw 1400 US-trained Cubans surrender to Castro’s forces within 24 hours.

1975 Angola– The CIA hired French and South African mercenaries to assist right-wing groups in their fight against the Popular Movement for the Liberation of Angola. The group was competing with several other paramilitary organizations in a fight to take over the country after the Portuguese decolonized. The CIA’s mercenary army predictably lost.

1979 Afghanistan– The US armed and trained the Mujaheddin fighters through Operation Cyclone. Later, many of these fighters would form the core of the fundamentalist Islamic terrorist groups we are fighting (or possibly supporting) today. Yes, Osama bin Laden was one of the fighters trained by the CIA in Afghanistan. The whole operation was carried out to stop the Soviet invasion.

1980’s El Salvador– he US-supported Salvadoran government faced opposition from communist rebels. US intelligence saw an obvious and simple answer: establish death squads. US intelligence trained and advised pro-government forces as they massacred villages and led the way to the displacement of over a million people.

1981 Nicaragua– In the 1980s, the leftist Sandinistas took power. The CIA backed the Contra militia that opposed them. The agency funneled them arms, ran cocaine for them, and trained the organization that become well known for child soldiers, massacres at literacy centers, and war crimes of just about every imaginable kind.

2002 Venezuela-On 11 April 2002, a group within Venezuela attempted to oust the government. The US flatly denied involvement. Of course, there is more than enough evidence to tie the Bush Administration to the plot. There is even circumstantial evidence in a more recent second attempt.

2014 Ukraine– The most recent revolution in Ukraine may have started organically, however, it was seized upon by US intelligence. The revolution became just another method of installing a US puppet regime. The US chose to install literal Nazis. These facts are largely ignored by US media.