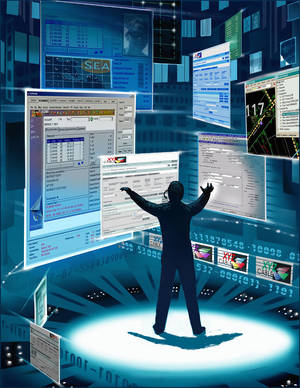 According to a new report by Juniper Research, the largely “point and click” style computer and Internet interactions with which humans have become so familiar are going to enter a paradigm shift in the coming years.
By the beginning of the next decade, humans will largely interface with online (and offline) electronics via physical actions and gestures reminiscent of the 2002 science fiction film, Minority Report.

Juniper Research asserts that by 2020, “There will be as many as 492 million motion and gesture-tracking devices.” This incredible 280% increase suggests “gesture and motion control will become vital for certain forms of human-computer interaction in the coming years.”

In Minority Report, which is based on a 1956 science fiction short story by Philip K. Dick. Police Chief John Anderton’s PreCrime division sources future info from specially harvested humans. These so called “PreCogs” possess extrasensory perception,which they use to feed into a computerized “pre -crime” database.
In the film the protagonist accesses a vast gesture based user interface,not much unlike the developing gesture based camera’s and V.R. systems of today.

According to Juniper’s new Gesture, Motion & Haptics interface research, in only a few years most Web users will be handling information this way. Interestingly, traditional devices, like PCs and even smartphones, are not expected to adopt gesture and motion control with anywhere near the same frequency.
The innovation expected to spearhead the change is virtual reality. Virtual reality headsets and wearables such as smart watches and glasses are uniquely suited to integrate motion and gesture tracking.

The precognitive policing of Minority Report could become reality, too. The technology of 2020 probably won’t include ‘PreCogs’ floating in water and generating dream-visions of the next murder, but there are some analysts who think nation-states will wield complex predictive crime programs in the near future. And some manifestations of this technology exist now. But will these nascent technologies mature to be full-blown PreCrime divisions?