The House of Representatives overwhelmingly voted to pass a bill that critics say could open a Pandora’s Box to government tracking of Americans. H.R. 4919, which passed 346 to 66 in the lower chamber, also known as Kevin and Avonte’s Law, mandates the U.S. attorney general award grants to law enforcement officials so that those agencies can create, establish and operate “locative tracking technology programs.”

The programs mission would be to find “individuals with forms of dementia, such as Alzheimer’s Disease, or children with developmental disabilities, such as autism, who have wandered from safe environments.”

Texas Republican Rep. Louie Gohmert, said the good intentions of the bill could be broadly interpreted.

While this initiative may have noble intentions, ‘small and temporary’ programs in the name of safety and security often evolve into permanent and enlarged bureaucracies that infringe on the American people’s freedoms. That is exactly what we have here. A safety problem exists for people with Alzheimer’s, autism and other mental health issues, so the fix, we are told, is to have the Department of Justice, start a tracking program so we can use some device or method to track these individuals 24/7,” Gohmert said in his floor speech.

Gohmert explained, “It is absolutely staggering that the Republican majorities in the House and Senate could be so blind to government overreach that they would allow a federal tracking program, not for criminals in the U.S., not for terrorists, not for illegal immigrants or even immigrants who commit crimes, but for people with ‘developmental disabilities’ a term that is subject to wide misinterpretation.

A whole host of reasons are being given to justify the increased surveillance and data mining of social media and the wider Internet itself: terrorism, suicide prevention, pre-crime detection of violence and other illegal acts, and even teenage alcohol abuse.This is being done at the federal level most egregiously with a recent ruling that the feds have now been given the green light to hack millions of private devices with only a single warrant.

This extends also to the smaller state/local level. Where many local police departments are willing to treat their their citizens as guilty until proven innocent. One of the key tools of this spreading surveillance state has been social media and Internet monitoring software. Many police departments and the federal government have taken the position that what can be found on social media is information from participants released willingly into the public domain, so it’s fair game for analysis.

An announcement from the Boston PD demonstrates that they appear willing to go to a whole new level of monitoring, which goes far beyond social media and would include just about anything that appears on the Web. The Boston Globe recently reported on the capabilities of this new software that will cost taxpayers $1.4 million for the privilege of having their free speech subjected to scrutiny and their civil liberties undermined

The software would be able to search blogs, websites, chat rooms, and social media platforms such as Facebook, Twitter, Instagram, and YouTube. It would provide law enforcement officials with an address of where the content was posted and allow police to create a “geo-fence” that would send alerts when new posts are made within an area that meets specified search criteria.

In addition to the troubling concept of having Big Brother looking over the shoulder of anyone typing anything anywhere on the Internet is the stated desire to establish connections between users, opening people up to guilt by association.

The Boston PD is currently in the solicitation phase of seeking this technology and has set December 5th as the date to choose a supplier. It would behoove anyone living in Boston who has concerns about the threat to their privacy and right to assembly to immediately express your demands to the Boston PD in the hope that they will pull this program before it is implemented. 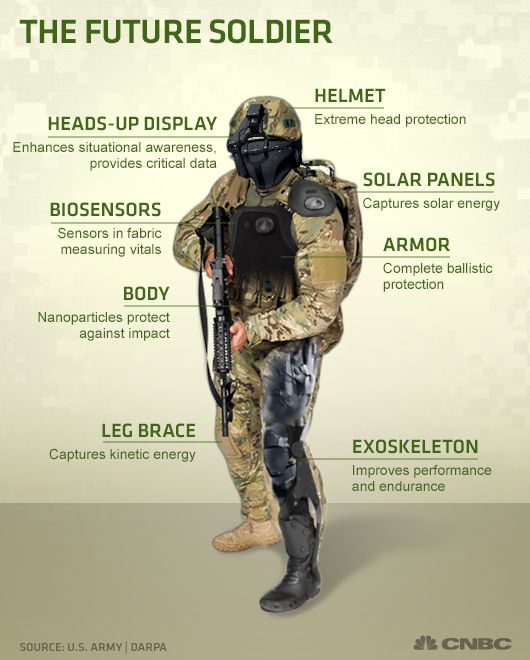 Technologies that are understood by the general public are seriously outdated. There has been a revolution of new advances in Military technologies, and much of it draws heavily from the use of electromagnetic energy, lasers and A.I. robots.

The future is downright deadly – that is, if you wind up in the crosshairs.

Though many of these devices may seem outlandish, they are, in fact, ready to make the difference in the conflicts of the rest of the 21st Century.

These technologies are changing the world that we live in, and tilting the tables in favor of whoever can maintain dominance over the spectrum and the arena in which the battle is to take place.

A highlight of these technologies includes:

Directed Energy Weapons – Rumored to exist long before the Pentagon admitted that it did, these weapons focuse a high-energy laser that can destroy practically anything in its path. A 10kw laser can take out incoming threats, enemy planes, satellites and more. As well as high energy Lasers, Microwave weapons have been the most extensivley tested example. Most prominent among those is the Active Denial System. this technology has already been in use on the battlefield in Iraq, and at home at protests both in the U.S. and in other nations.

Laser-weapon systems– There are many variations of this, but the most utilized is becoming the laser shot system deployed by the military on boats and other craft with the intention of shooting down UAVs and other drone craft. It is precise and very low cost, and certainly something likely to be part of the future of warfare.

Precision-guided firearms/Smart Bullets – This smart, long-range, superior tracking system won’t fire the bullet until the weapon is on target. Now, being a highly deadly sniper doesn’t require rare skill and natural talent, but simply the ability to operate this smart gun.

Rail Guns– The major benefit is that they don’t need gun powder or explosives. Instead, it is fired via electromagnetic forces – which can be extremely potent. Projectiles can be fired at speeds up to 4500 mph, or more than 1 mile per second. Though this requires tremendous amounts of electricity, they may replace missile defense systems as a cheap and cleaner weapons grid.

Swarm bots – Using the collective power of slavish, hive insect behavior, It is supposed that a desired collective behavior emerges from the interactions between the robots and interactions of robots with the environment. This could play a central role in many military strategies and scenarios, using command and communication without the need for human operators.

So What else is coming down the pipeline from DARPA that we don’t yet know about?The answer is plenty, and there’s much more in development. Technology is advancing more rapidly than ever before.

Brace yourself, and stay prepared!