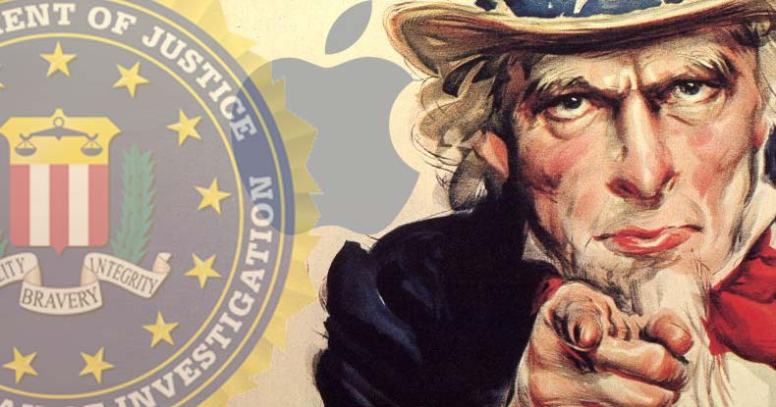 The Surveillance State is working towards ever more access to what was once considered private information. Using the excuse of “Terrorism” and ensuring the public’s safety to intrude upon the public’s privilege of privacy. In post 9-11 America you no longer have any reasonable expectation of privacy, according to the self proclaimed “emergency powers” of the U.S.Govt. And as long as (You) the public allows these abuses to occur it will only get worse,until the notion of Privacy is nothing more than a long forgotten memory.


The apparent battle between Apple and the FBI at least tells us that the post-Snowden privacy debate is still alive. The subject of the controversy is an iPhone belonging to one of the alleged San Bernardino shooters, and the FBI did not choose this case randomly. The F.B.I. are insistent that Apple should allow them access to the Iphone’s Data and private messages. The DOJ wants Apple to build a backdoor into the device so that it can bypass the company’s state of the art encryption apparatus and access information and evidence related to the case.At least, that’s the premise presented to the public. As we are learning, the FBI and the federal government have a far more comprehensive end-game in mind than merely bolstering the prosecution of this one case.

F.B.I. Director James Comey appears quite earnest about protecting Americans from the Evils of “Homegrown Terrorism’

“Fourteen people were slaughtered and many more had their lives and bodies ruined,” “We owe them a thorough and professional investigation under law.+
We simply want the chance, with a search warrant, to try to guess the terrorist’s passcode without the phone essentially self-destructing and without it taking a decade to guess correctly,”“That’s it. We don’t want to break anyone’s encryption or set a master key loose on the land.”

Comey said the phone’s data might have information leading them to other terrorists, even though indications are that the two shooters were self-radicalized.

As the surveillance state was met with fierce resistance for trying to force companies to install “backdoors” to their encryption, it was looking for other ways to gain the access it desires.

A secret “decision memo” was recently leaked to the press which details a meeting of the National Security Council that took place last November. The meeting of senior officials provided a framework for attempts to work around the “backdoor” issue, and shows that agencies already possess a deep understanding of tech companies’ encryption.

However, what if this debate is actually a sideshow? What if the government already has the ability to hack into the iPhone? There is the matter,not widely reported in the media of the F.B.I. has already had partial access to the phone in question and had actually changed the password of the phones Icloud Data account.
According to N.S.A. whistleblower Edward Snowden, The F.B.I. already has other methods to access the info from the iphone, without forcing Apple to install a backdoor into the phone and thereby setting a dangerous precedent.

The problem is, the FBI has other means… They told the courts they didn’t, but they do,” Snowden said during a virtual talk hosted by Johns Hopkins University. “The FBI does not want to do this.”

Snowden tweeted last week that “crucial details [of the case] are being obscured by officials.” Specifically, he made the following trenchant points:

If the surveillance state is to have any hope of gaining their vaunted “backdoor” into the electronic devices of everyone, then preying on the fear of terrorism has the biggest chance of success.

If the FBI prevails in this case, the ramifications won’t be limited to smartphones. It will set a precedent for the government legally conscripting any and every entity they desire for the purposes of citizen surveillance and metadata collection.

Via The Free Thought Project

The “war on Terror” is just a warm up on the playground for Future Robotic Warfare. We all thought the Terminator was pure Sci-Fi, well the sick folks at the N.S.A/C.I.A. are taking AI, Big Data, and Robotics to the next level. Using these tools for training, of how to kill current and future enemies. It’s not enough that they can use Data, and Supercomputers to spy on the whole world. The world is now there Battlefield playground. Today A.I. and unmanned drones are killing “terrorists” halfway around the world, Tomorrow They’ll be taking on “insurgents” and Dissidents in order to preserve the public “peace” and “Democracy”.

A recent examination of National Security Agency documents previously released by whistleblower Edward Snowden shows that the CIA and other U.S. agencies may be killing innocent people as a result of their reliance on metadata. The NSA’s SKYNET is a program that surveils phone metadata in order to track suspected terrorists. Through SKYNET, the security agency engages in mass surveillance of Pakistan’s mobile phone network, affecting 55 million people — but that’s not all. Once the data is gathered, it’s run through a machine learning algorithm that attempts to rate whether a particular individual is more or less likely to be a terrorist.

According to Human Rights Data Analysis’ executive director Patrick Ball, the NSA’s methods are “ridiculously optimistic” and “completely bullshit.” If Ball is correct, SKYNET’s methodology may be putting thousands of innocent lives in danger because they are being falsely identified as terrorists. The documents made available by The Intercept show the NSA works with the data of only seven known terrorists. NSA officials reportedly feed six of the terrorists’ information into the machine, tasking SKYNET with the duty of finding the seventh in a random group of 100,000 citizens.

Somewhere between 2,500 and 4,000 people have been killed by drone strikes in Pakistan since 2004, and most of them were classified by the US government as “extremists,” the Bureau of Investigative Journalism reported. In the years that have followed, thousands of innocent people in Pakistan may have been mislabelled as terrorists by that “scientifically unsound” algorithm, possibly resulting in their untimely demise.

SKYNET works like a typical modern Big Data business application. The program collects metadata and stores it on NSA cloud servers, extracts relevant information, and then applies machine learning to identify leads for a targeted campaign. Except instead of trying to sell the targets something, this campaign, given the overall business focus of the US government in Pakistan, likely involves another branch of the US government—the CIA or military—that executes their “Find-Fix-Finish” strategy using Predator drones and on-the-ground death squads.

Similar apps, like the one used by Facebook, are prone to making major mistakes, but the consequences of Facebook’s errors are relatively innocuous. When SKYNET makes similar mistakes by wrongly identifying a terrorist, the consequences are deadly.
President Barack Obama has been under heavy scrutiny for authorizing drone campaigns that result in gross mistakes, killing a great number of innocent people while targeting “confirmed terrorists.” Since 2004, there have been 401 US drone strikes in Afghanistan, alone, killing 3,058 people total. In Pakistan, hundreds, including children, have died in pursuit of a mere two dozen declared terrorists.

Via The AntiMedia Ars Technica 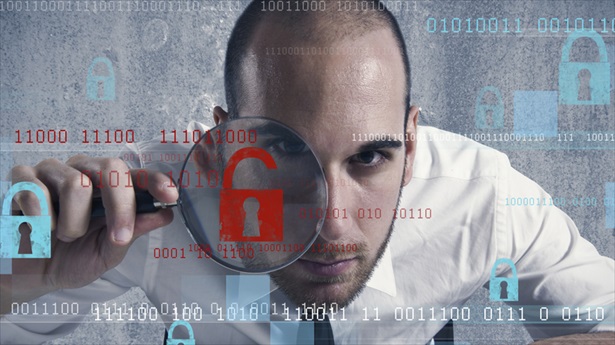 Why Should You Care If the Government Spies On Your Metadata?

The government has sought to “reassure” us that it is only tracking “metadata” such as the time and place of the calls, and not the actual content of the calls.But technology experts say that “metadata” can be more revealing than the content of your actual phone calls.

For example, the ACLU notes:

A Massachusetts Institute of Technology study a few years back found that reviewing people’s social networking contacts alone was sufficient to determine their sexual orientation. Consider, metadata from email communications was sufficient to identify the mistress of then-CIA Director David Petraeus and then drive him out of office.

The “who,” “when” and “how frequently” of communications are often more revealing than what is said or written. Calls between a reporter and a government whistleblower, for example, may reveal a relationship that can be incriminating all on its own.

What [government officials] are trying to say is that disclosure of metadata—the details about phone calls, without the actual voice—isn’t a big deal, not something for Americans to get upset about if the government knows. Metadata provides enough context to know some of the most intimate details of your lives. And the government has given no assurances that this data will never be correlated with other easily obtained data.

Indeed, the government’s spying on our metadata arguably violates our right to freedom of expression, guaranteed by numerous laws and charters including the U.S. Constitution, the European Convention on Human Rights, the Canadian Charter of Rights and Freedoms, and international law. Spying on Americans’ metadata rolls back everything our freedom of association … and virtually everything the Founding Fathers fought for