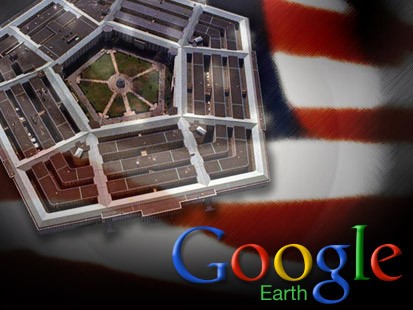 The developer of the world’s largest search engine is joining forces with the world’s largest military machine. It was announced that former Google CEO Eric Schmidt will be heading the Pentagon’s new Innovation Advisory Board. Since its meteoric rise in the internet age, Google has reached technological capabilities that seem almost science-fiction. Their latest is a neural network with a “superhuman” ability to determine the location of almost any image.

The search giant’s immense collection of personal data amounts to its own surveillance network that likely rivals the best government spy program.Google has said that their collection of data, when used properly, advances the public well-being. This sounds eerily familiar to the propaganda campaign of intelligence officials defending the NSA’s domestic spying program and other intrusions of privacy revealed by Edward Snowden.

All of this makes the partnership between Schmidt and the U.S. military rather creepy. The Pentagon was given carte blanche after 9/11 to grow its own spy program and to kill anyone in the world at any time, including U.S. citizens. Can there be any expectation of restraint with this Innovation Advisory Board serving the interests of the military?

Wikileak’s Julian Assange provided some perspective on the Google-Pentagon relationship:

Assange observed that “Google’s geopolitical aspirations are firmly enmeshed with the foreign policy agenda of the United States,” and he stated that, as Google’s monopolistic control of the Internet grows, the company will increasingly influence choices and behavior to steer outcomes in the favor of US and corporate interests.”

The 12-member Innovation Advisory Board will be handpicked by Schmidt and Defense Secretary Ashton Carter. Before this partnership was announced, Google had been dabbling in robotics and artificial intelligence on behalf of the Pentagon through DARPA. If Eric Schmidt was serious when Google coined the slogan “Don’t be evil,” then his hookup with the Pentagon—the largest purveyor of violence in the world—may win the award for biggest example of hypocrisy